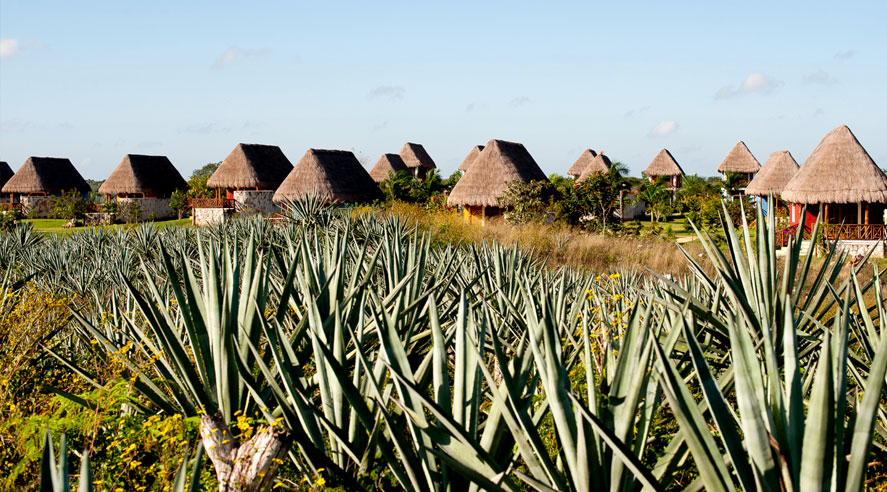 There is an old Mayan leyendo that narrates the story of the god Zamná, who during a stormy night bumped into an henequen plant. The plant’s sharp leaves left a deep wound on the god’s leg. Zamna’s followers were enraged and lashed out against the plant, they cut its leaves and slammed them against sharp rocks. The wise Zamná realized that the leaves would then be turned into a very tough fiber that could be useful to his people. It was then that Zamná taught the Mayans the wonders of henequen.

Henequen, also known as ki in Mayan, is an agave plant of the Agave fourcroydes, species, from which the henequen fiber, or sisal, is extracted. Like other agaves, this plant is easy to identify due to its rosette of long, sharp leaves of up to 5 feet in length. It is from these leaves that the fiber is extracted; which is known for being very hardy and resistant, which the Mayans used to make ropes, textiles, and art.

Henequén In The New World

After the conquest, henequen was still being used by the locals and its use extended to all the New World. It wasn’t until the mid 19th century when the henequen industry boomed. The arrival of the Industrial Revolution to the New World, combined with cheap labor provided by the hacienda’s exploitation of the lower class was a perfect mix for the industry to take off; soon after, henequen was renamed “the green gold of Yucatan”, and “sisal” in the rest of the world, since all henequen was exported from the port of Sisal.

The fibers were used to craft high-quality ropes of all sizes for cheaper, and to make sacks to transport grain. The technological innovations of the Industrial Revolution allowed the haciendas to speed up and increase their production in an exponential manner as the increasing demand for sisal around the globe fueled the industry. It was thus that Yucatan saw a period of wealth and prosperity because of this plant. 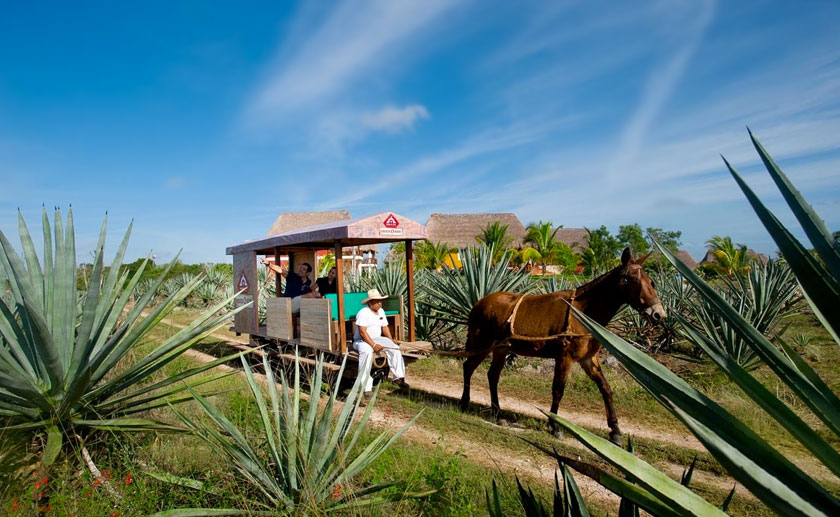 But It Wasn’t Forever

Although Yucatan was at the top of the henequen industry for over five decades, by the end of the 19th century investors and pioneers had taken the plant to other countries to attempt to cultivate it. As close as Florida, Cuba, and many Caribbean Islands. and as far as Brazil, Israel, Kenya, and Tanzania. Henequen producers in Yucatan were also affected by the social and economic turmoil of the time; the War of Castes and the Mexican Revolution led directly to the end of the haciendas.

The end of the haciendas spelled the end of the golden age of henequen in Yucatan, but also the end of the oppression of the Mayan people. The henequen industry’s demise came just a couple decades later with the introduction of synthetic textiles that were cheaper and easier to produce.

Henequen is still used today in the same way that we used it hundreds of years ago, although it no longer holds the value it used to. Today, henequen is grown in 15 different countries, and Mexico has become the second largest producer, growing 7% of the world’s henequen, far behind Brazil who produces an extraordinary 54%.

But here in Yucatan we still remember the gift Zamná gave us. During your visit you’re sure to see henequen plants and henequen being used. You’ll see that our local history is inseparable from the history of our green gold.